It is the third European country to introduce a ban.

So-called therapy, which has been discredited by the NHS and the World Psychiatric Association, refers to any attempt to change a person’s sexual orientation or gender identity and usually involves techniques such as electroshock therapy or prayer.

The measure, however, did not come from the Albanian parliament, but from the Albanian order of psychologists. Talking to  AFP  , Altin Hazizaj, head of the LGBTQ group’s Pink Embassy, ​​said his decision was “legally valid”.

He added: “This is the final decision that does not need to go through the legislative or executive to take effect.”

However, despite this “significantly important” movement for “LGBTI teenagers”, LGBTQ rights are not surprising in Albania. In its statement, Pink Embassy said that: “Social attitudes towards the LGBT community are among the most unfavorable at the European level”.

In 2010, the country passed a series of anti-discrimination measures in areas such as employment, purchases of goods and services, etc., and allows LGBTQ people to serve in the armed forces and donate blood, but the community still faces social prejudices.

The country still does not refreeze same-sex relationships, let alone allow same-sex marriage, and it is also illegal for LGBTQ couples to adopt children and trans and non-binary people to change their legal gender.

A 2015 survey found that only 6% of Albanian parents would give their full support if their child was LGBTQ. In its recent 2020 report, ILGA Europe ranked Albania in 28 of 49 European countries, with a score of 31 out of 100.

He  highlighted issues such  as trans people being evicted from their apartments for being trans, hate speech growing in the media, particularly with regard to trans people and a gay student having to drop out of school after being targeted after leaving.

Albania is the third European country to ban gay ‘conversion’ therapy after Malta and Germany. It should be noted that Switzerland does prohibit the practice, but whether a practitioner has broken the law is decided in court on a case-by-case basis. 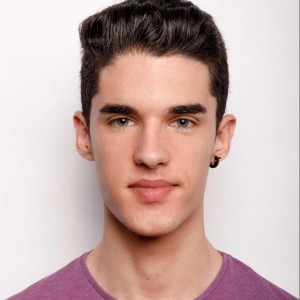 Nelson de Pina Farrim is the Founder of the News Portal Pois.pt, he was born on the 15th July 1991. Studied physiotherapy, but early on he understood that his path would take him through activism for the women and the LGBT+ community rights, which lead him to create the portal Pois.pt. He’s a model, likes to play videogames and practices gym.

Freedom House president and gay rights activists accused the President of the United States of delivering a message of support for discrimination by hosting his Polish counterpart at the White House.

This website uses cookies so that we can provide you with the best user experience possible. Cookie information is stored in your browser and performs functions such as recognising you when you return to our website and helping our team to understand which sections of the website you find most interesting and useful.

Strictly Necessary Cookie should be enabled at all times so that we can save your preferences for cookie settings.

If you disable this cookie, we will not be able to save your preferences. This means that every time you visit this website you will need to enable or disable cookies again.

This website uses Google Analytics to collect anonymous information such as the number of visitors to the site, and the most popular pages.

Please enable Strictly Necessary Cookies first so that we can save your preferences!